This week, I take a dive into Olaplex, which has experienced a decline in sales and stock price since its IPO in 2021. I also call out highlights from the Glossy Beauty & Wellness Summit, taking place this week in Huntington Beach, Calif. Let us know what you think of Dyson’s hair-care efforts in our new comments feature at the bottom of the page.

Olaplex may be losing its shine.

The bond-building hair-care brand is experiencing a sales slump, brought on by a mix of competition, macroeconomic concerns and retailers having too much product. The 8-year-old company, which went public via IPO in Sept. 2021, saw its stock price decline by 40% in a day after releasing revised 2022 earnings on October 18 projecting full-year sales of $704 million to $711 million. The previous expectation was $796 million to $826 million, representing a 12-15% decline. Since its IPO, valued then at $14 billion, Olaplex stock has declined by 77%, as of November 10, and now has a market cap of $3.5 billion.

The company’s professional channel sales declined 16% to $63 million, versus a 58% increase last year, according to its third quarter earnings for fiscal year 2022. DTC declined 2.6%, compared to a growth of 87% last year. And specialty retail grew by 60.1% to $74.2 million. Olaplex also announced that Chief Operating Officer Tiffany Walden is stepping down from that post and moving into a “long-term advisory role” after seven years with the company.

The beauty market is generally not doing well, which helps put Olaplex’s issues into more context. Prestige has been hit especially hard, compared to mass beauty, because of customer price sensitivity amid macro-economics hardships. L’Oréal Group’s Luxe division underperformed market expectations in the company’s third quarter, as reported on October 20. The Estée Lauder Companies also reported its net sales on November 3 for the first quarter of fiscal year 2023, revealing a decline of 11% to $3.9 billion. The company slashed its outlook for the rest of its fiscal year, citing continued declining sales in China and weakness in the U.S. market.

JuE Wong, CEO of Olaplex, said the glut of products at retailer partners is due to normalizing supply chain issues. While 2020 and 2021 supply chain constraints impacted beauty brands’ ability to deliver products to retailers on time, Olaplex did not have this issue, Wong said. Retailer best practices at the time were to stock a three-month supply of any brand, but retailers are now back to monthly product orders. As such, Olaplex is temporarily experiencing a wholesale setback.

Wong also said the slowdown in professional sales is because customers are taking more time between services, rather than declining Olaplex demand. This may not be entirely the case, however. In a survey of 150 nationwide salons, Korinne Wolfmeyer, senior research analyst for Piper Sandler, found that 8% used to be Olaplex customers but had moved away in favor of other brands. Leading the pack was Kerastase, with 13% of those former Olaplex salons now using the L’Oreal-owned brand, followed by K18, Redken and Kevin Murphy. Additionally, 5% of total stylists surveyed used to sell Olaplex take-home products in their salons and no longer do. Unfounded rumors have spread within the salon community that Olaplex has too many proteins in its formulas, which can damage hair, according to Wolfmeyer. In March, Olaplex had to combat misinformation about it using butylphenyl methylpropional, otherwise known as lilial, and becoming banned in the U.K. and European Union. Olaplex had already reformulated its products as of January 2022, ahead of the ban. The professional channel represents 43% of Olaplex’s business and consists of take-home retail products sold in the salon and products used in the back bar, including treatments.

“Consumers aren’t as aware of who owns what patent. They’re going into the store and buying what their stylist recommends or what products are the most appealing,” said Wolfmeyer. “Olaplex owning [dozens of] patents does not seem as important to the end consumer given how many more entrants we’ve seen come into the space.”

The Olaplex strategy for boosting professional sales is about being a better provider to stylists by allowing them to earn commission from e-commerce sales made by a customer at a later point. Salons and stylists can provide a referral code to clients. Such a relationship was common in 2020 when salons were inoperable because of the Covid-19 lockdown. Olaplex previously offered stylist commission, too. Wong said it could ease the relationship with salons by allowing them to earn sales without purchasing and housing inventory in their salons. She said Olaplex was in only 15% of U.S. salons in 2021 per salon client, leaving room for more penetration, especially in premium and prestige salons where clients are likely less price sensitive.

But the mention of Kerastase, K18 and Redken as alternatives is concerning for the prolonged growth of Olaplex. Since 2021, bond-building has become a busy space for new brand launches and heritage brand expansion. Even Eric Pressly, the inventor of Olaplex, has returned with his own line called Epres. The ongoing competition also cuts into profit margins, a big selling point for its stock.

“We’re happy that the category is getting so much attention. Because if we were the only frog singing in the well, it would take us longer to get bigger,” said Wong. “While hair [as a beauty category] has slowed down in sales because of the macro environment, it is still the fastest growing category in the prestige beauty sector.”

Wong said Olaplex has no plans to increase the promotions and discounts of its products. Olaplex participated in Amazon Prime Day in August and October and will participate in Black Friday, but has no other plans. However, it will increase sampling with retail partners like Sephora. In the first quarter of 2023, Olaplex will offer up to 500,000 samples of its No. 3 Hair Perfector within Sephora’s buy-online, pick-up in-store program. Additionally, Olaplex will have a back-bar strategy with Ulta Beauty, where it will provide No. 3 Hair Perfector samples with any Olaplex salon service within stores.

Within specialty retail, Olaplex is investing more in its field team. The field team will focus on the 75 top-selling Sephora and Ulta Beauty stores in the fourth quarter of 2022, with potential further rollout in 2023. However, Andrea Teixeira, senior equity analyst for JP Morgan, said in a research note that she does not expect these programs to fully offset the negative impact from excess inventory in the professional and specialty retail channels until the second quarter of 2023.

“While we appreciate Olaplex’s portfolio of hair-care products are backed by patent-protected proprietary technology, we believe the company will face a challenging four quarters ahead with deep deceleration in sales performance in [the third quarter], followed by negative sales growth in [the fourth quarter],” wrote Teixeira.

There is one bright spot for Olaplex that gives it an advantage over some domestic indie brands. International growth, including in the U.K., Italy, Canada, and China, represented a 27.8% increase year-over-year. Meanwhile, U.S. sales declined by 4.3% year-over-year.

“We believe the market fundamentals for us are still strong. And we believe that our brand fundamentals are strong,” said Wong, explaining that 14 products is a small assortment and that Olaplex can play in “adjacent” categories. And that’s on top of the growth opportunities internationally.

“Because of all [of those qualities], we know we can not only participate in category growth, but we can lead that growth,” she said.

This week, we’re hosting our annual Glossy Beauty & Wellness Summit in Huntington Beach. We’ve hosted executive speakers from influential retailers and brands, from Ulta Beauty to L’Oréal. Here are some of the highlights.

“The makeup revolution is just beginning … What excites me about bold makeup are the more nuanced takes — they are not looks you can see from the other side of the room, and they’re really tailored to your own magic.” –Donni Davy, head makeup artist on “Euphoria” and co-founder of Half Magic Beauty

“‘You’ is the new ‘younger.’ People are over the images and messages that depict aging as bad. We all have a responsibility to change the narrative.” –Monica Arnaudo, chief merchandising officer at Ulta Beauty

“Consumers just want to know what works. It’s, ‘Does it work?’ And, ‘Do I like your brand? Do you have the same belief system I do?’ It’s important we communicate those two things at all touch points.” –Jill Scalamandre, CEO of Beekman 1802

Retailers have too much product inventory. 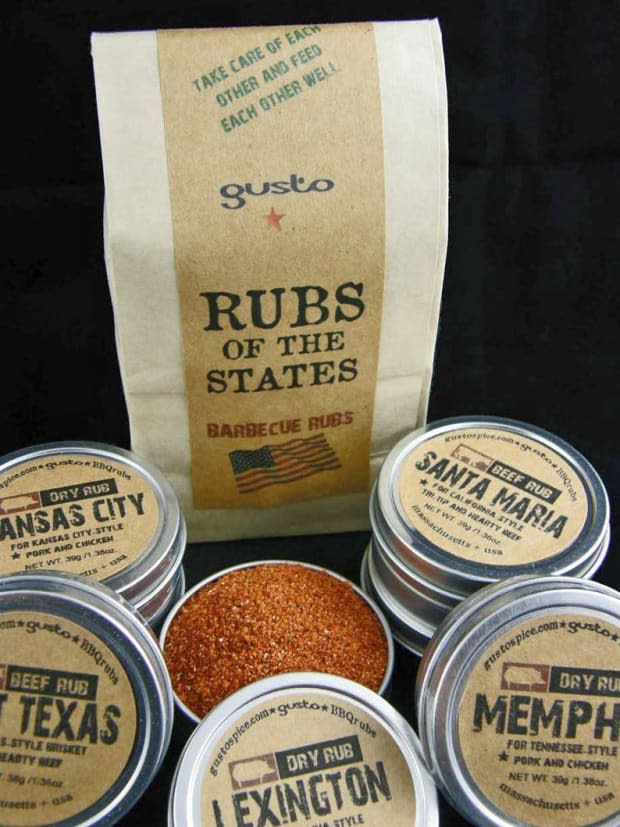 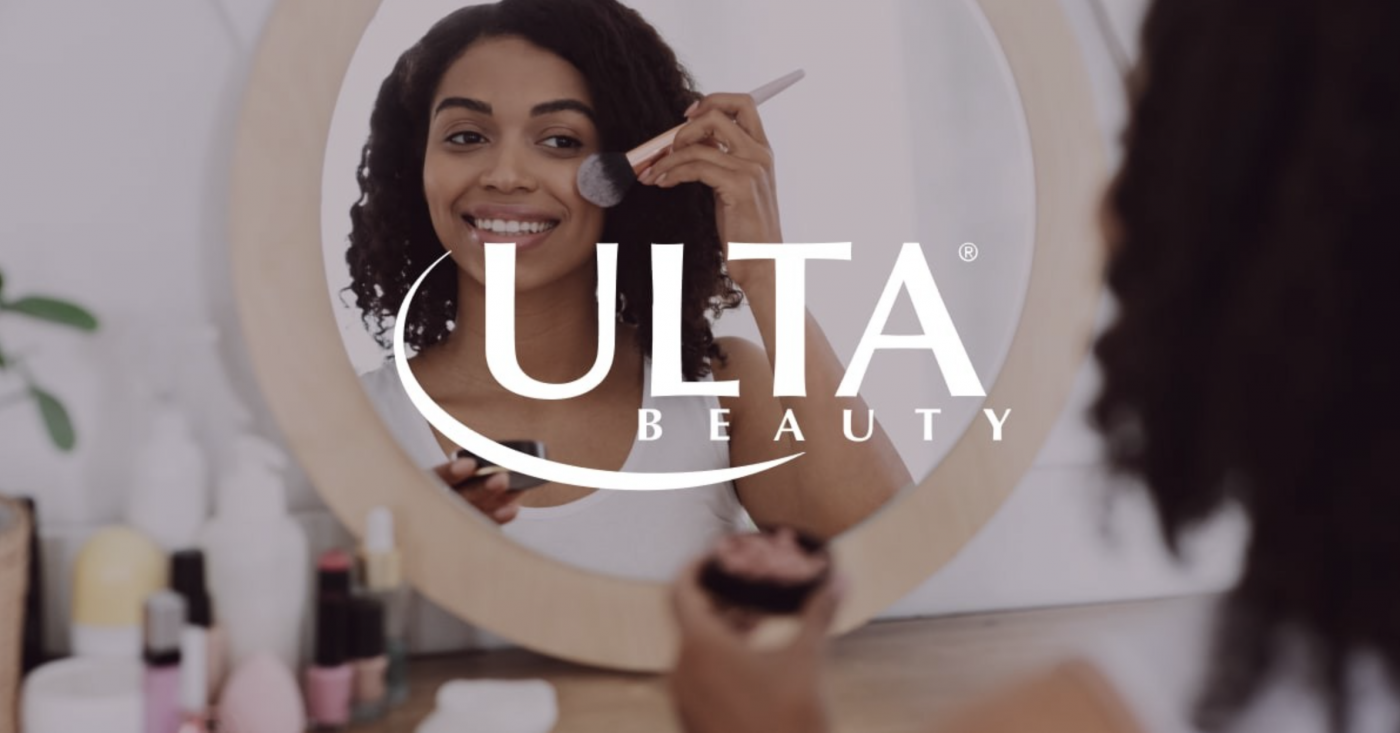 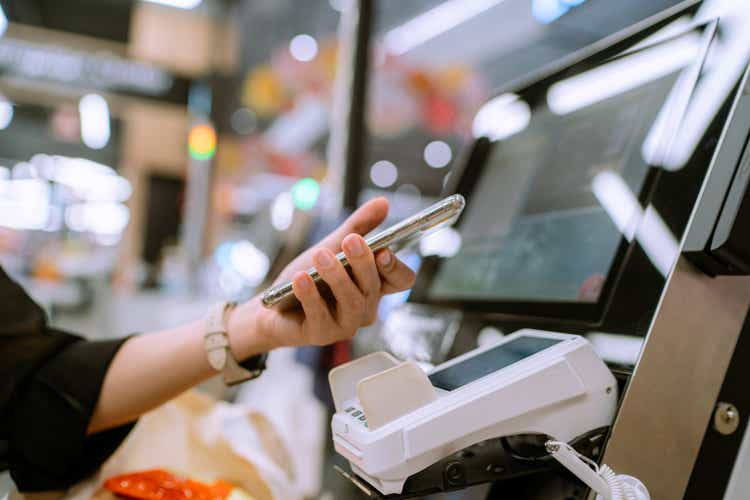