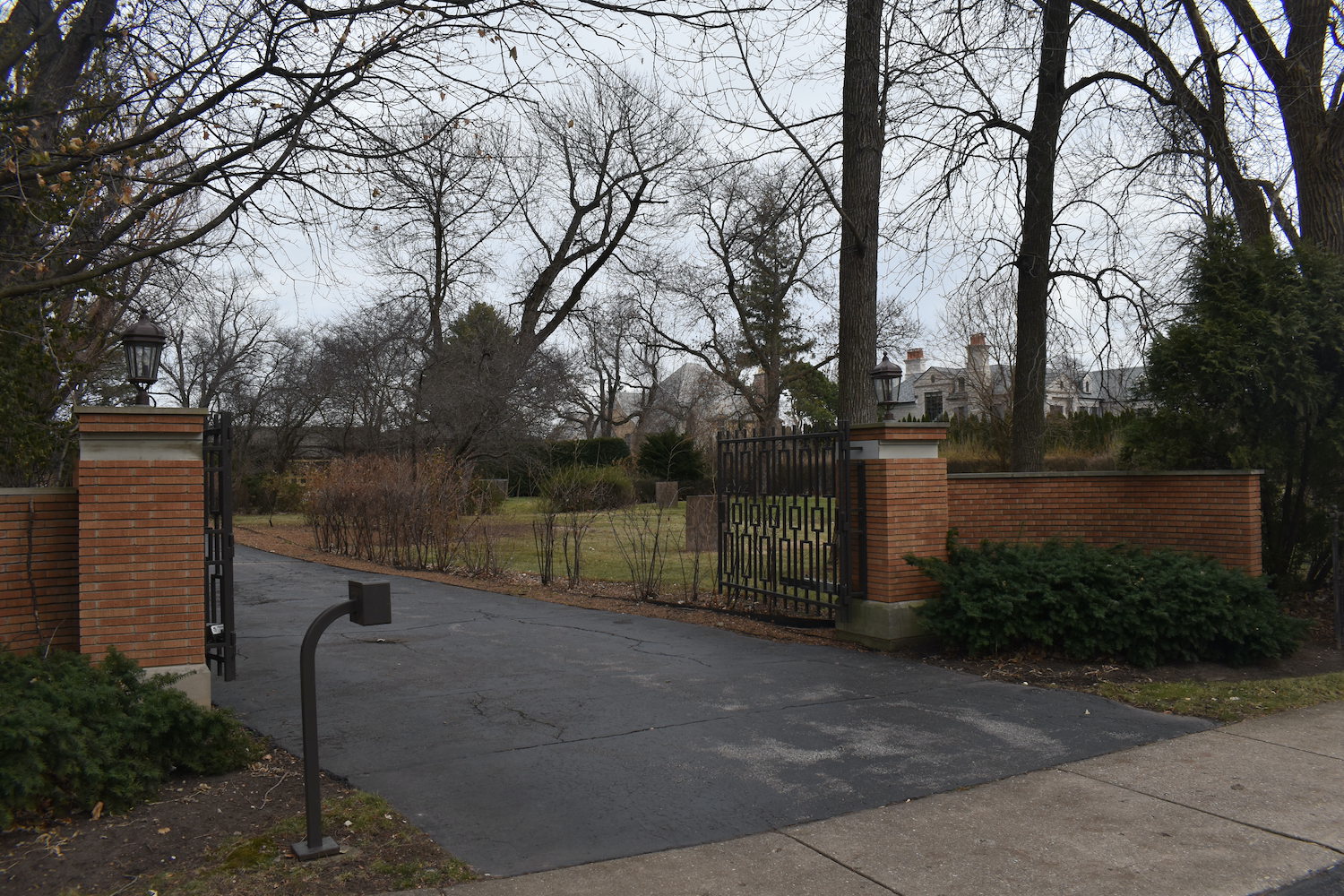 A relatively routine item up for Winnetka Village Council approval Tuesday sparked an at times tense and emotional discussion, as the petitioner shared concerns that her family is being unfairly maligned in the community.

Ultimately, the council — with two members absent — unanimously voted to approve a plan to consolidate four properties along the lakefront: 195, 203, 205 and 209 Sheridan Road, the latter of which borders Centennial Park and Beach to its north.

The plan was put forth by Orchard 2020 Revocable Trust, which represents resident Justin Ishbia and his family. Ishbia’s name became public to Winnetka this past summer, when he came forward as the person behind a property exchange agreement related to the Winnetka Park District’s plan to merge Elder and Centennial beaches. That agreement has been controversial among community members, and even Winnetka Village Council members.

But the consolidation plan considered by the council at its regular meeting on Tuesday, Dec. 6, is unrelated to the land-swap, according to Adam Hoeflich, one of Ishbia’s attorneys who spoke on his behalf at the meeting.

Once the land is consolidated, Ishbia plans to demolish the three existing homes — 195, 203 and 205 Sheridan; 209 Sheridan is vacant property — and build a new home, according to Village documents. The consolidation plan reportedly conforms with Village code, meaning no zoning relief or amendments were necessary. Plans for the new construction have not yet been submitted.

In his comments, Hoeflich implied that residents were objecting to the consolidation plan because of their views on the park district agreement.

“We understand that there are people in the community who have objected to the exchange plan, but the exchange agreement is not before you tonight,” Hoeflich told the council, “nor is the issue of whether anybody objects or does not want the people who have bought this land to move to Winnetka.”

He also told the council, “We understand that, for unknown reasons, there are certain people who are predisposed against this consolidation.”

“We aren’t going there,” Rintz said. “First, you come in here and you tell us that people are predisposed to their votes, when everybody in this council chamber does their hardest to come in, listen to the testimony and cast their vote based on what they hear in this room. And secondly, characterizing where you were going with your next statement is unacceptable.”

He told Hoeflich to only keep his comments focused on the consolidation plan that was in front of the board.

“Please stay to the facts, tell us what you want to do, tell us how you want to do it, and give us that outline,” Rintz said. “But I’m not going to have you sit here and make comments about members of this council and how they may or may not vote. You’re not a mind reader; neither am I.”

Hoeflich continued by stating that if the board rejected the consolidation plan, it would go against precedent. He noted that, in at least five years, he could not find an instance where a village commission unanimously approved a similar plan that was then rejected by the Village Council.

He also said the plans had been unanimously recommended by the village’s Plan Commission and Landmark Preservation Commission.

While Justin Ishbia, who was present at the meeting, declined an invitation from Rintz to speak about the plan, his wife, Kristen Ishbia, came forward to deliver an emotional statement.

At one point during her speech, Justin Ishbia stood next to her to comfort her as she emotionally talked about her feelings that people are against her family.

“I’m feeling like there’s a concerted effort to prevent that from happening because of personal bias,” she said. “I’m here in person to let you know how deeply it saddens me that my family is used as political pawns.”

She added, “You see, it’s not about money or land or power or who has it or who doesn’t. It’s about us wanting to raise our kids in our community.”

While none of the public comments directly opposed the consolidation plan, community members shared concerns about any potential work on the eastern property line, which abuts Lake Michigan.

Those concerns led the Village Council to spend an hour in executive session before returning to approve the proposal with added language that made it clear this agreement was only regarding the property consolidation.

Village Attorney Peter Friedman explained that the language clarifies that there is no property exchange in the plat of consolidation.

“The purpose of the recitals is to make it clear that we are only adopting a plat of consolidation,” he said. “And any determination with regard to that (east side) lot line under our zoning code, which we do have authority to determine, will happen when and if we make that determination.”

Going forward, Rintz said the council is planning to hold a study session in early 2023 where it will learn more about what can and can be done in regard to lakefront development, which he said the community is “energized” about.

The Record is a nonprofit, nonpartisan community newsroom that relies on reader support to fuel its independent local journalism.

Subscribe to The Record to fund responsible news coverage for your community.

Already a subscriber? You can make a tax-deductible donation at any time.